Android Vs iOS Development: Which Platform Is Better For Build App

Android and iOS are the most popular platforms in the IT sector. Usually, educated and wealthy business people prefer iOS, whereas Android is widely accepted.

Google’s Android and Apple’s iOS are mobile operating systems. You have to select one of them for developing your application. Both Android and iOS devices are different from each other.

Android is packed with several versions that run on thousands of devices, whether smartphones or household smart appliances. On the other side, the iOS operating system runs only on Apple products. It is more closed off than the Android system, but both are unique and have separate skill sets for the development process.

Android devices are almost everywhere in the world. On the flip side, iOS is widely spread in richer regions. Let’s explore more about both in this blog, which will help you to decide the best platform for your project.

2. Are iOS Apps Easier To Develop Than Android Apps?

iOS works officially with Swift programming, whereas Android developers work with Java/Kotlin. But when you have to develop a native mobile app, Swift is more convenient and requires less coding work. And it reduces the development time and cost of an application.

Sometimes developers find it difficult to submit an iOS application on the app store because Apple has a lot of guidelines for publishing. But those restrictions make it fit for the users safely.

The developer's hands-on experience in a technology or software decides the easy or difficult platform work.

3. Which is Better To Learn: Android vs iOS?

According to Business of Apps research, Android dominates with 70% of all smartphone users in the global market. But the market share of Android vs. iOS depends on which country you are in. In terms of specifics, iOS devices are more popular in the United States and the United Kingdom.

You should learn Swift, a modern programming language for developing iOS applications. The coding part is easy to understand and use for beginners as well. However, Swift is unique among Apple products, which is generally not used outside the iOS development.

Java and Kotlin are the programming languages used for building Android applications. While Kotlin is limited to Android app development, Java has many use cases outside of Android devices. It is helpful for you if you want to keep your options open as a developer.

The most popular platforms, Android and iOS, offer various things in the technological world. There are many app development trends in the market. They will give you a clear idea of what to do or where to start.

Both operating systems have their own strengths and drawbacks. Hence, think carefully from different perspectives and angles before you take any decision.

4. How To Choose Which Platform To Start With?

Selection of the right platform is a tricky process, but taking this step generates better results for a business. Let’s consider the noteworthy points of this process.

Decide what type of application you want to build and how it will benefit your users.

Select the performance level and features of your application you want to include.

There are several platforms available for developing a mobile application, have complete research on them and find the best one.

You have to make a rapid prototype of your app architecture. It will help you in selecting the right platform by implementing it on each platform.

You will have several factors while comparing platforms, break them into categories, use a grading scheme to be objective, and get your answer.

Now you have to implement the architecture of your application on the platform you have selected for development and start working on it.

5. What Factors Should You Consider?

You should consider some factors in mobile app development which will help you in creating user-centric or user-friendly applications. Take a look. Android is an operating system that uses Android Software Development Kit (SDK) on Android Studio and it is the process known as Android development. This open-source platform is specially designed by Google for mobile apps because it has the ability to easily modify.

Android Operating System is developed from Linux Kernel. You can easily create any application on this platform by installing the freely available SDK. Your application can support any device built in Android OS and written in Java (programming language). It has become the best-selling OS since 2011, with over 2.5 billion active users at present.

Android provides a less restricted environment and a more flexible development process than iOS. It relies on Java, a versatile programming language that offers a smooth working experience for developers.

Google’s Android platform offers an extensive knowledge base for beginners and Android developers. It includes exercises, interactive materials, and training programs for both experienced and freshers. After publishing an application the review process that used to be done automatically in seven hours, now takes up a week for some developers. As a result, the majority of Android apps that don’t violate the company’s content policy are getting approved.

There is a wide variety of widgets on the Android platform which makes you quickly grab information with the least amount of scrolling and tapping. They are more complex and capable than iOS smartphone widgets.

Applications developed on the Android platform work like software for the whole ecosystem of devices. By increasing the app functionality, it will run on Daydream and Cardboard VR headsets, wear OS devices, Android Auto, and many others.

Fragmentation is beneficial to develop on multiple Android platforms but it makes the testing more complicated.

There are varieties of screen styles available in different screen sizes, densities, and versions of the Operating System creates development complexity for Android developers. Whereas, it is not the case with iOS platform. Usually, Android users favor free apps but the play store apps have a lot of advertisements that irritate the users and increase the bounce rate of an application. Sometimes, for an ad-free user experience, it needs you to buy a license or subscription.

Android is an open-source platform that increases the chance of cyberattacks.

Android system allows you to download applications from a wide variety of sites, but some of the sites are from cyber criminals who aim to spread malware. Whereas, Apple has strict security control for such activities.

Read More:- Application development is now more than a simple UI. It requires developers who have complete programming knowledge and awareness of advanced technologies. Hiring an app developer is time-saving and increases the company's productivity.

iOS app development is a process of creating applications for Apple devices such as iPhone, iPad, and iPod Touch. This software is created in the Swift programming language or objective-C.

Generally, iPhone users are wealthier. iOS devices are the best option or most preferred option by young audiences, who are from Western Europe, North America, or Australia. Its high-security features have created more demand in the enterprise market. Businesses are working on FinTech app ideas for managing their financial operations with ease.

iOS development is always with a high performance that creates an application with a fast, reliable, easy-to-use, and has few bugs.

Having a limited range of Apple devices with a small range of screen dimensions is beneficial for iOS developers in the easy and quick development process. iOS having a user-friendly interface is one of the selling points of Apple’s smartphones. It is wrapped in additional advanced features for its users. Apple devices remain consistent and easy to use.

iOS app architecture works with view controllers that have page view, tab, split view controllers, and much more. Working with this reduces the risk of errors and increases the development pace. Hence, system designing in iOS is easy to create.

Apple has a closed ecosystem that keeps users safe from digital intrusion. Every iOS app has a “sandboxing” technique that limits the interaction with other elements.

If you are developing a native iOS application, you should have software such as XCode or at least one of the Apple technology.

Apple App Store is more demanding or has strict rules to follow than Google Play Store. If you are not breaking the rules, still your application has a chance to get rejected if it is not relevant or useful enough.

This Apple platform doesn’t support computer work as other operating systems have. It has simpler performance options than the Android platform.

Undoubtedly, the high-priced Apple products are the most discussed disadvantage of the iOS platform. As you may know, the iPhone 12 came with a cost of over $1000 and it raised questions about the value of such a costly smartphone.

If you compare it with the Android platform, there are hundreds of smartphone models available at half of that price.

The Android platform's future holds a large percentage of the global market share, whereas iOS is becoming popular with high performance and constant innovation

Android is the biggest leader in market share, whereas iOS has a higher lifetime value, which attracts users. iPhone users are interested in spending money inside the app to buy additional content. It creates a long-standing source of revenue rather than a one-time one.

According to researchers, Android smartphones are more successful in technical and medical fields. On the other side, iPhones are preferred by business professionals, managers, and sales experts (who have a high income).

Here, iOS is more effective to use in comparison with Android. It requires less development time and budget. The programming language of both platforms makes all the difference.

Android works with Java, whereas iOS uses the Swift programming language, which is more convenient to use. Hence, it reduces the cost as well.

Usually, Android users keep using older versions of the operating system. Hence, it results in crashes and bugs in the new application, which is completely functional. iPhone users do not face this issue, which means there is great maintenance for iOS apps.

It is one of the major differences between Android and iOS. Android is an open-source platform that allows developers to access the hardware, file systems, and other features for creating a customized user experience. But iOS is limited in terms of customization because it must maintain a more secure system.

Developing an iOS application will be beneficial if your target audiences are in Western Europe, Australia, or North America, while Android is globally accepted and has created more demand in Latin America, Africa, and some parts of Europe.

Android is more accessible than the iOS platform. The Google Play Store allows the majority of app submissions, whereas the Apple App Store is more selective about publishing an application.

In comparison to Android, the iOS app rejection percentage is higher. Another key difference is the App Store fee. Google developers have to pay a $25 initial fee, while Apple's App Store has a $99 yearly fee.

So Which Platform To Choose First?

There are so many differences between Android and iOS platforms, you have to decide on the platform according to your requirements.

Overall, both Android and iOS have a dominating market with a good future outlook and are more in demand with a large percentage of audiences. 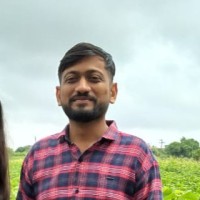