Which Technology is Better for Building Websites: Node.js or Python?

Python is a high-level programming language. And Node.js is an open-source and cross-platform runtime environment. Read to learn more differences and their use.

Choosing the proper programming language becomes crucial while developing an application. That's why many businesses and startups get confused when it comes to choosing Node.js or Python as the proper backend platform for their project.

Selecting the backend language depends on the type of application you want to create. In this blog, you will get an idea of which one will work for your development project.

Node.js is scalable and provides tremendous efficiency to the project because it is event-driven. Its asynchronous nature allows it to serve several requests at the same time without interrupting I/O activities. On both the client and server sides, most development teams prefer Node.js.

Python, on the other hand, is a full-featured, high-level, object-oriented programming language. It has a large number of libraries, APIs, and auxiliary tools because it has been around for almost 30 years. Python is well-suited to a variety of programming paradigms and is widely utilised in commercial applications.

Node.js eliminates the requirement for a monolithic core. Instead, you construct a collection of microservices and modules, each of which communicates using a lightweight mechanism and executes its own process. You may quickly add a new microservice or module to the development process, making it more flexible.

Threads are a serious problem in Python. It's based on the Global Interpreter Lock, which prevents it from running several threads at the same time. This implies you won't be able to start another process until the sequentially historical phase is terminated.

Node.js is an event-driven environment that facilitates asynchronous input and output. When a certain event happens, a specific process is invoked, ensuring that no process interrupts the thread. The event-driven design of Node.js is ideal for creating chat apps and games on the web.

Python, on the other hand, is not built for this approach. With the aid of specific tools, you may utilize it to create an asynchronous and event-driven application. Asynchronous code can be written in Python using modules like asyncio, much like it can be done in Node.js.

First and foremost, the speed of Node.js is outstanding because JavaScript code is interpreted by the V8 engine. Secondly, as Node.js processes code outside of the web browser, the app consumes fewer resources and performs better. This also allows you to use functionalities like TCP sockets that aren't available in a browser.

Python, unlike Node.js, is a single-flow language, which means requests are handled considerably more slowly. Python is therefore not the ideal choice for projects that value speed and performance or require a large number of complicated calculations. As a result, Python web applications take longer to load than Node.js web apps.

NPM — the Node Package Manager – manages libraries and packages in Node.js. With 3,50,000 packages, it is one of the largest repositories of software libraries. NPM is quick to learn, well-documented, and simple to use.

Pip, which stands for "Pip installs Python", is the Python library and package manager. Pip is quick, efficient, and simple to use which makes it simple for developers to utilize.

If your app's use case requires a large amount of data, Node.js should be your first choice. The runtime environment's technology makes it appropriate for apps with a lot of data being transferred and processed. Node.js is the more efficient option due to its parallel execution and flawless I/O operations. Python is slower in processing data because it has a basic syntax and just one thread running at a time.

In this blog, we have looked at the differences between Python and Node.js to have a clear understanding while choosing one of them.

Python and Node.js are both useful according to application requirements. Hence, choose carefully before starting the development process, or you can take help from an app development company. 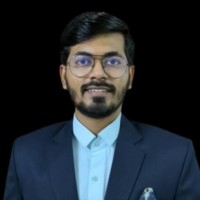